Literally, the most overused word of 1937

"Overusing words and phrases is not merely a 21st century phenomenon. In 1937, Wilfred J. Funk, renowned author, poet, lexicographer, and publisher, took a pause from his responsibilities as the President of Funk and Wagnalls to formulate a list of the “most overworked words.”

While Howard Hughes, Amelia Earhart, Adolf Hitler and Seabiscuit were capturing the headlines, the publishers of the Springfield Union (MA) managed to find a bit of front page print-space to post his list in their March 27, 1937 issue. 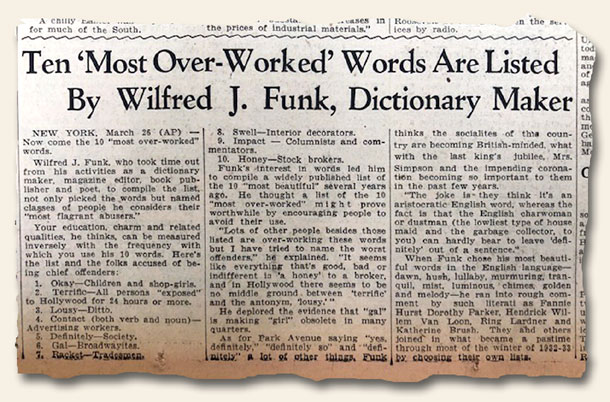